Personality:
Shy and studious most of the time, he's very idealistic and sincere with a strong sense of right and wrong. He enjoys his role as a healer, and most see him as reliable and level-headed. He can be a bit impulsive when stressed or panicked, which tends to dig him into trouble while trying to deal with the consequences of his extracurricular activities.

Backstory:
A young healer-in-training, Llir has been able to see ghosts since his illness as a young child. More recently, he's begun teaching himself as necromancy in secret; while Binding is technically not a forbidden practice, the aspects of it that he's practicing are fairly taboo and he doesn't want them to be public knowledge. His ideals drive him to try and help the spirits he sees, but inexperience and a lack of training means the only way he can give the dead any power is by letting them possess his own body. And as it turns out, not all dying wishes are benign.

With Other Characters:
Hunter (Heretics): a teacher-and-student dynamic; they both respect and sympathize with the other's struggles
Darius (Heretics): warily respectful allies
Bran (One Eye Sees Heaven): though they're brothers, they've lived most of their lives apart and aren't quite sure what to think of one another
Nycto (One Eye Sees Heaven): a large, intimidating, and somewhat unwanted companion

Additional Notes:
- left eye is blue, can be drawn luminous while interacting with or hosting a spirit 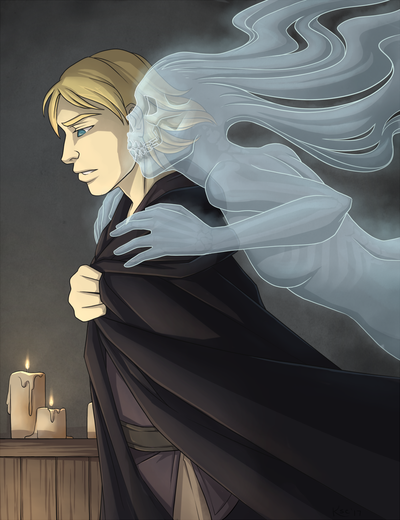 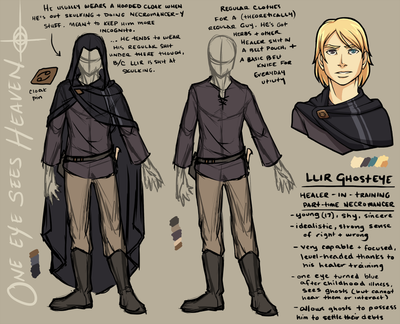 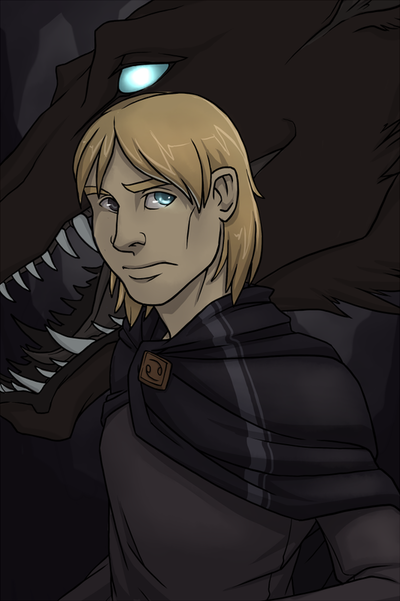 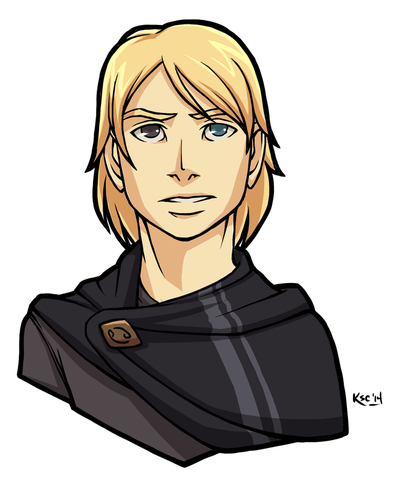 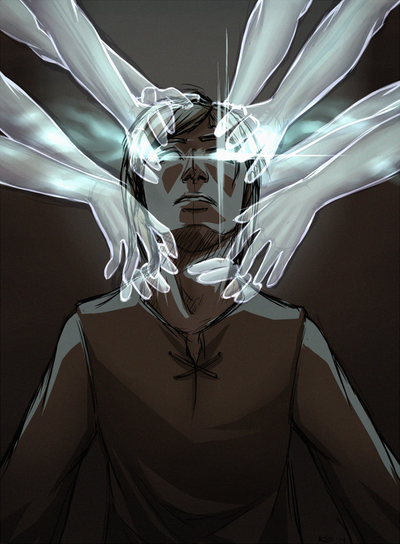 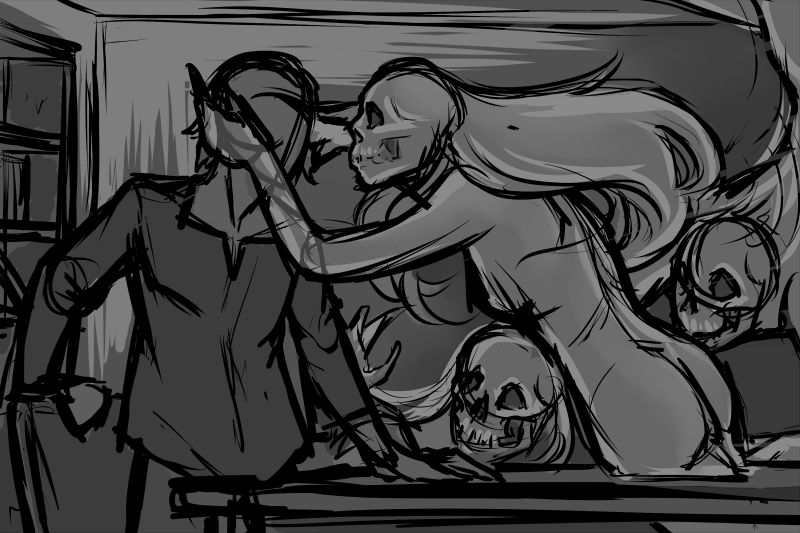 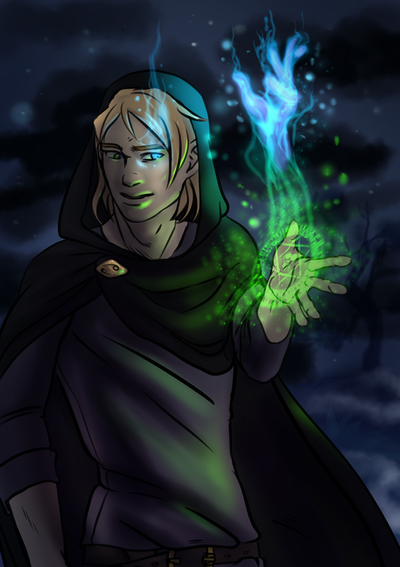 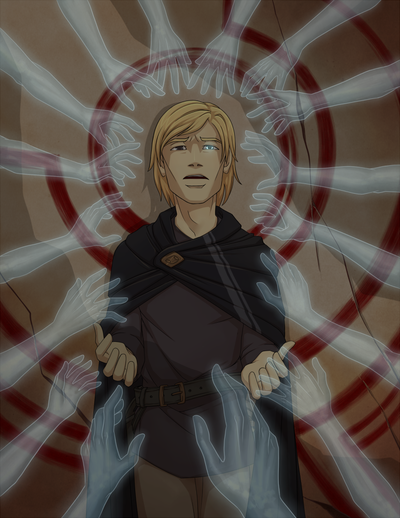 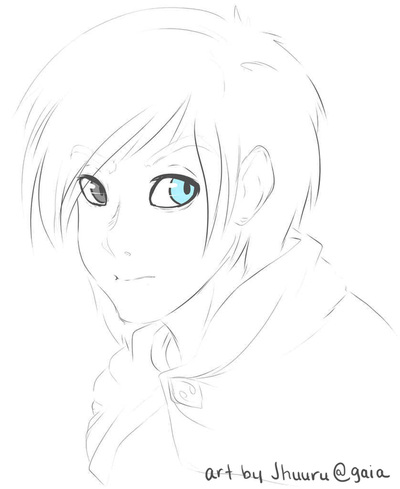 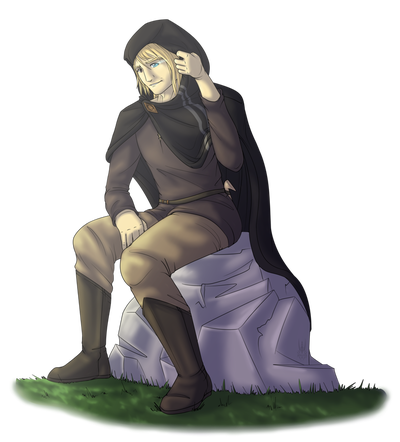 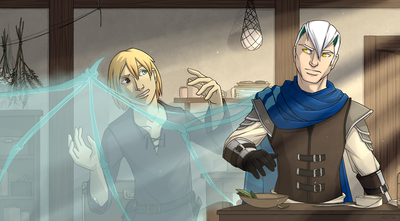 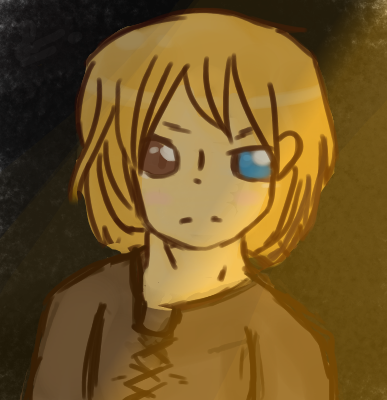 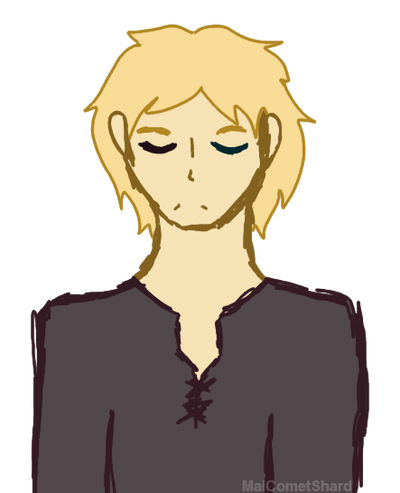