Personality:
Tormented with guilt over his transformation, filled with self-hatred and hatred of Ashen. Lost, and uncertain of who he is; shy of others, but longs to become truly human.

Backstory:
Born a regular raven, Val ate the dead flesh of a king and was cursed. He became a valravyn, a half-crow half-wolf monster, and spent years trying to find a way to become human. In time he met Ashen, a human mage who offered him a bargain; a year and a day of sworn service in exchange for the key to his transformation. Val accepted, and Ashen offered him his own child as the price of becoming human. It was only after devouring the boy's heart and becoming human that Val realized what he'd done, and he's been wracked with guilt ever since. 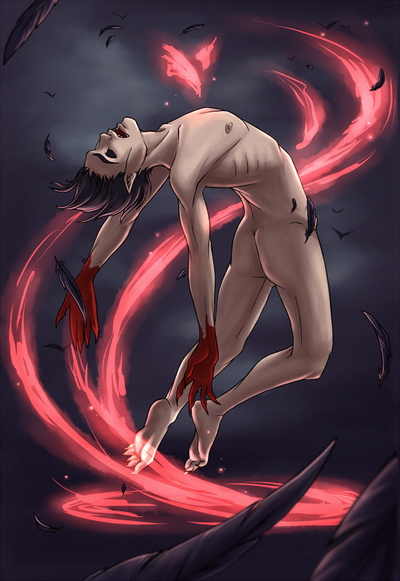 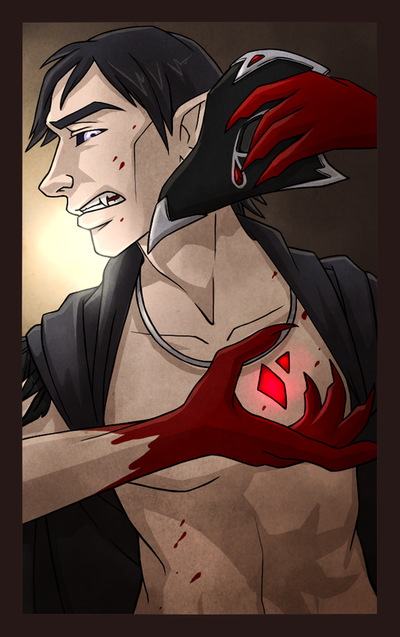 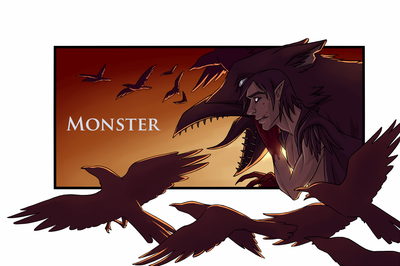 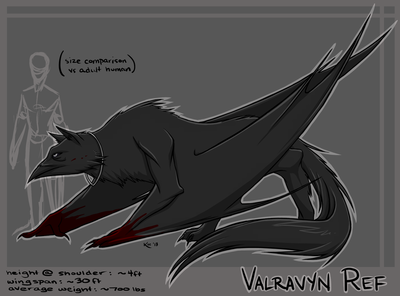 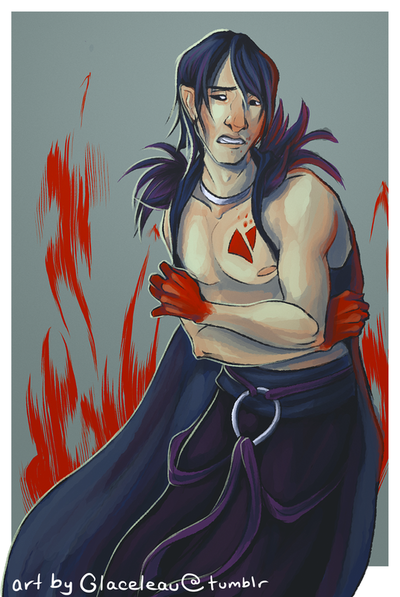 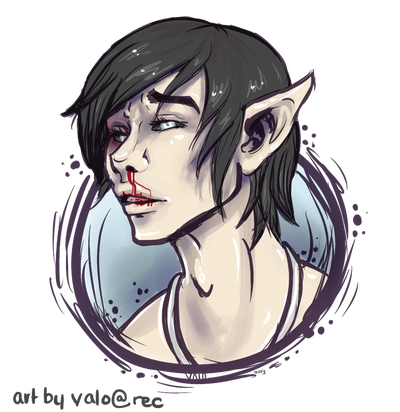 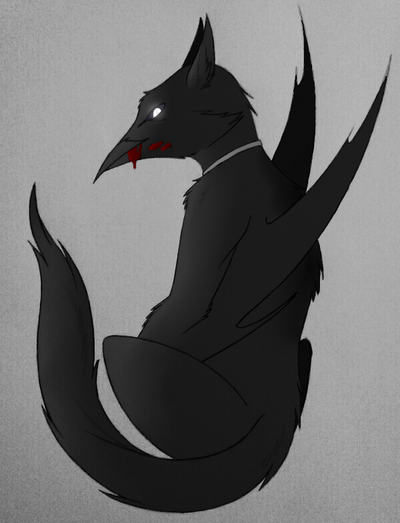 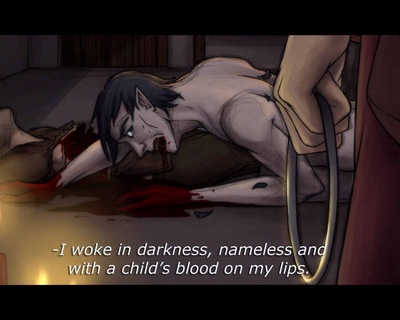 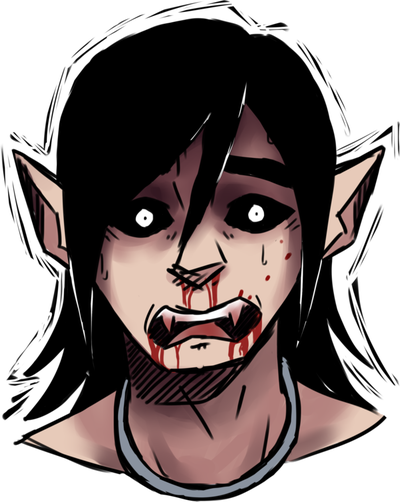 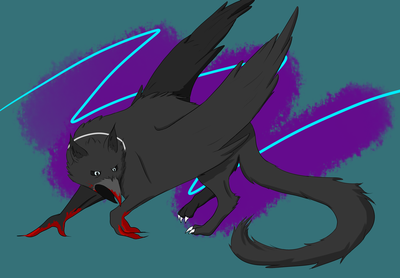 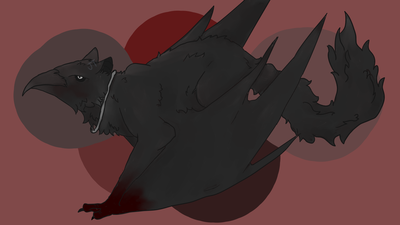 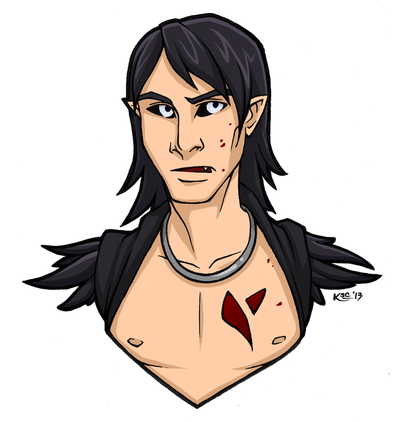 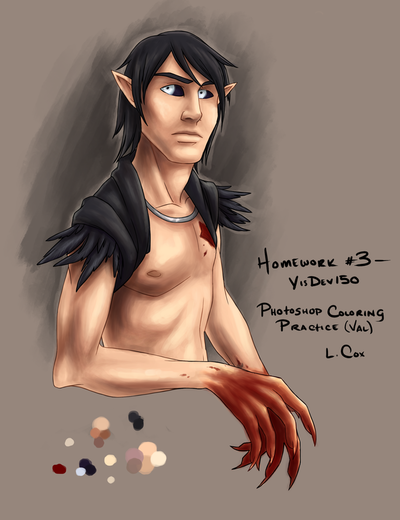 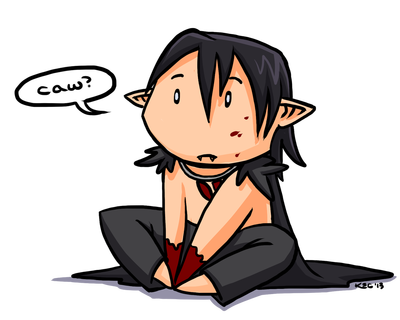 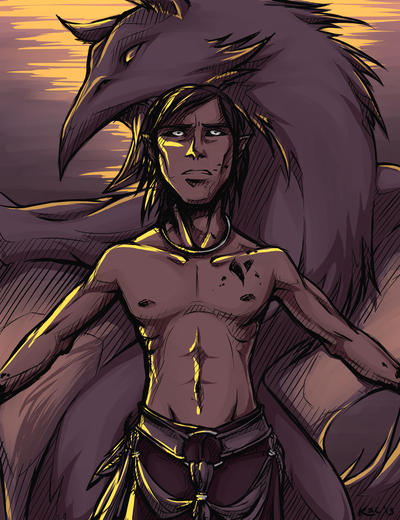